All posts in April Newsletter 2014

On Tuesday March 4th a group of MBRA members met at Leaves ‘N Beans to discuss ideas concerning our newsletter. It was decided to form a newsletter committee to help administer the production of the newsletter. The intent is to help blend our diverse interests and happenings into a publication even better then it is right now. Brian Buralli has agreed to chair this committee and we are looking for others to join this group. If you are interested please contact Brian or me.

At the MBRA Board meeting on March 12th it was decided to place a dumpster on the street at 1627 W. Barker from 8:00 a.m to noon on May 3rd for the purpose of residential trash cleanup. (No landscape waste, tires, paint, batteries)

On May 18 the second annual River City Marathon will be held. We have been asked to sponsor a water station on Moss Ave. somewhere in the vicinity of Tri-Corn Park. We are looking for volunteers to help with this event also.

Bring your baskets and help find colorful eggs filled with candy and prizes. Before and after the egg hunt, have fun in the gym with Fun on the Run, a coloring contest, face painting, snacks, and take a photo with the Easter Bunny! For ages 1-12. Cost is $6/resident, $8/non-residents. Preregistration is encouraged. 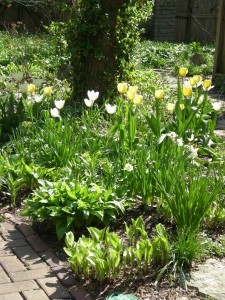 It has been a long and challenging season. One recent report counted 28 separate ‘weather events’ since winter descended. I cannot imagine anything more exciting after all those than to get out of the house and breathe in some fresh air.

An opportunity for just that will soon come. We have decided on Sunday, April 27th for a Malvern Renewal afternoon.

Bisecting the bluff in the middle of the Moss Bradley neighborhood is a quiet pedestrian pathway named Malvern Lane. It originated in the early years of our history as a pathway between the established valley and the newly developing neighborhood above. Malvern Hall in the English countryside was the ancestral home of one the West Bluff’s earliest and most community minded families, the Griswolds. They built this brick street and it still retains much of the feeling of early Peoria. Now reserved for pedestrians, it is possible when strolling its winding route to imagine what drew our forebears here. Mature oaks, verdant hillsides, dappled sunlight and songbirds create an atmosphere of spring delight far from the crowded streets above and below the hill.

Let’s gather once again to celebrate it’s beauty and renew it’s role as our refuge.

Needed: willing hands, gloved and ready, rakes, some pruning equipment (like chain saws) and a couple of hours to join together to peel away some of winter’s accumulation of debris. 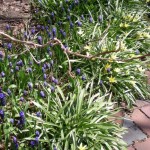 Last spring, over thirty of us worked magic on the area from the base of the bluff to Moss. If we gather enough of us, between Westminster, neighborhood folks, students and friends, we may even be able to continue our renewal up Institute Place. It would be a fitting extension of this seasonal renewal, as Institute was, in earlier times called Malvern.

There is something extraordinary about this axis that connects upper and lower, parish and populace, town and gown, urban and natural. If ever there was a metaphor for living together in harmony, Malvern in springtime is it.

We all had such a good time last year, it only seemed right to schedule ’round two.’ 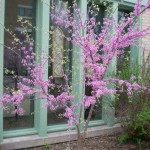 On Tuesday, February 25, Whittier held a Spaghetti Dinner Fundraiser to benefit David Shockley’s family.  The fundraiser was a huge success with many heartfelt moments. There was a great turn out with many people that came to support a great cause. There was great food from La Gondola, awesome music from the Corn Wolves, a bunch of raffle prizes from businesses all over the West Bluff. The Shockley family was very touched by all the generosity and support shown by all that came. The highlight of the night was when David’s father announced that, although David would continue to undergo chemotherapy for at least two more years, David is cancer-free!

Get To Know Your Neighbor: Raphael Rodolfi

March 30, 2014 / Comments Off on Get To Know Your Neighbor: Raphael Rodolfi / Posted in: April Newsletter 2014, Meet Our Neighbors

Get to Know Your Neighbor:  Raphael Rodolfi
By Brian Buralli

Street you live on: Moss Avenue

Spouse/Partner/Children/Grandchildren:
Katie and our two children:
Luca (3 ½) and Rémi (9 months).

Where were you born: I was born in San Secondo, Parmense, Italy, but grew up in Montgeron, France. Montgeron is located in the southeast suburbs of Paris. Fun fact, Montgeron is where the 1st Tour de France started 111 years ago. Although I consider myself French and cheer for “les Bleus” (the French national soccer team) even if they play against Italy, I am not really French.  Being ¾ Italian (my father and my maternal grandfather), 1/8 German (my maternal great-grandfather), 1/8 Russian (my maternal great-grandmother): am I more a European cocktail than anything else. Cheers! 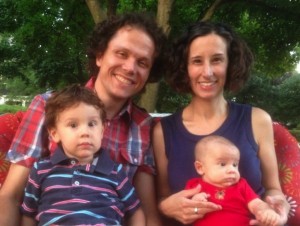 Who was the most influential person to you:  It’s hard to pinpoint one person because I believe that I am who I am thanks to a number of friends and relatives. However I do think that Mamie, my mom’s mom, Elisabeth, was the most influential as she raised me from the age of eight. She settled in France when she married my Italian grandpa, but she was born and raised in Germany. She was very loving and generous, but also very strict. Now that I have two kids, her teachings have never been so present and helpful.

What type of music are you listening to now: I am a huge fane of Dire Straits. Otherwise, since Europe is big into electronic music, I am no exception to the rule: I love Daft Punk and Air. Pharrel Williams’ “Happy” is an instant feel good song that I particularly enjoy listening to.

What was your first job: I was working as a sales specialist at a Louis Vuitton store in Paris, at Le Bon Marché, on the left bank of the Seine River. Our boutique was much smaller than the flagship store on the Champs Elysées and mostly served a local clientele. I was sent to New Zealand to work in the Auckland store during the Louis Vuitton and America’s Cup in 2000. It was an absolutely exhilarating experience! It was also during my time at Louis Vuitton that I met my wife, Katie. She was on a study abroad program in Paris for three months. I met her three weeks before she had to go back to the US thanks to a work colleague who was hosting one of her friends. Via phone, email and ICQ (chat) we had a long distance relationship. We each traveled many times to see one another. After graduating in June of 2002 from DePaul University, Katie came to live with me in Montgeron. She wanted to live in Paris, but finding an apartment there was impossible (so small and so expensive). It made more sense to stay in the suburbs, which wasn’t the ideal choice for her. Her job was in a suburb on the opposite side of Paris, making for a 1.5-hour commute each direction.  After six months when her temporary work visa expired, she came back to the US. I followed two months later, in March 2003! 11 years later, I am still living the dream in the US and especially in Peoria, IL!

What accomplishment are you most proud of: Not one accomplishment but three: moving to the US, starting my own videography business, Videogénique and being a dad.

What is special about where you live: Everything! Everything about our house and neighborhood is what we dreamt of: an old house that has a lot of character and built strong; neighbors who are kind and caring (thanks Fritz Bock for snow blowing our sidewalk and driveway so many times this year); a beautiful and walkable neighborhood that has inspired so many pictures flickr.com/photos/96760292@N08/sets, so many historical houses, so close to downtown…We are very grateful to be here.

Any other information you’d like to share: We are thrilled to live in this neighborhood. We look forward to contributing to the magnificence and friendliness of this neighborhood for years to come. 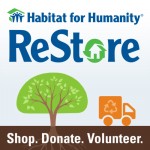 Habitat for Humanity’s ReStore has been a part of the Main St. business corridor for a number of years, selling new and gently used items at 30-80 percent or more off retail prices. The success of the ReStore on Main St. has spun off a second Peoria-area location with a new store in East Peoria. 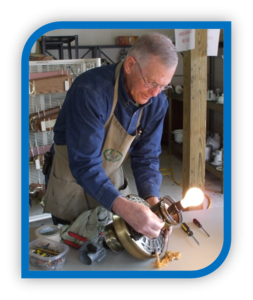 The first ReStore in the United States was started in 1993 in Austin, Texas as a way for Habitat for Humanity to raise additional funds for their builds. ReStore provides several things to the community, a place to recycle items that would end up in the landfill, a place for the public to purchase affordable home improvement items, appliances and furniture. Some of the items you’ll find at ReStore include architectural salvage, building materials, plumbing materials, flooring, electrical materials, furniture and appliances.

New shipments arrive daily so come often to see what the ReStore has to offer! To make a donation, drop it by the store, or call the ReStore hotline at 676.8402 to arrange a pickup. The ReStores are open Tuesday through Saturday 9 a.m.- 5 p.m. All of the proceeds from the ReStores are used to help us build more Habitat for Humanity homes in our community! 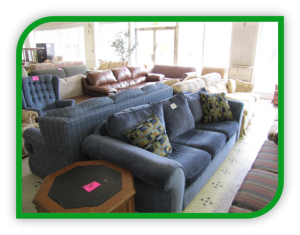 Our Habitat ReStores could not operate without the help of our wonderful volunteers! Volunteering is a great way to make a significant difference in the lives of others. Volunteer hours are very flexible. Come in for an hour or a day, every week or every month. We always have something useful for you to do! If you would like more information about volunteering in the Habitat ReStores, please contact Lisa at 309.676.6729 x.2. We look forward to seeing you here soon!

The jazz program at Bradley includes two big bands, a combo, and courses in Jazz Improvisation and Jazz History. The Bradley Jazz Ensemble, under the leadership of Dr. Todd Kelly, is the most visible ensemble in the Bradley Jazz program. In past years, they have performed at the Illinois Collegiate Jazz Festival and the Elmhurst College Jazz Festival, as well as European tours in 2003, 2006, 2009, and 2012. They have brought many world renowned jazz clinicians and soloists to the Bradley campus, including Mike Lee, The Mike Vax Big Band, Matt Wilson, Rachael Lee, Allen Vizzutti, Ron Jones, Tom Garling, Byron Stripling, Chris Vadala, the Jeff Hamilton Trio, Wayne Bergeron, Denis DiBlasio, Wycliffe Gordon, Mark Colby, and Bobby Shew. Each spring, the Bradley Jazz Festival is held on campus. They also perform a yearly tribute concert. Past tributes have included Duke Ellington, Count Basie, Woody Herman, Buddy Rich, Stan Kenton, Frank Sinatra, and “A Tribute to the Golden Age of Swing.”
In the summer of 2012, the Jazz Ensemble performed to enthusiastic audiences in Italy, including performances at the Ronciglione, Serre di Rapolano, and the Tuscia and Umbria Jazz Festivals. Their CD, “Swing Swing Swing with the Bradley Jazz Ensemble,” is available at the Bradley bookstore, Kidder Music Center, Barnes and Noble, and online at www.cdbaby.com/bradleyjazz.

Just in time for the spring selling season! The Peoria Park District is offering two Staging Your Home classes in April. The first is on Thursday, April 17 from 6-8:30 p.m. at Lakeview Recreation Center. Cost is $18/residents,

Whether you are looking to sell your home or create a better living space, this is the class for you! A session with this Accredited Staging Professional Master will show you how to stage your home for both top dollar and for everyday living. Learn the professional tips, tricks, and techniques that will make your home more organized and appealing. Staged homes not only sell faster, they also make loving your home for the long haul easy.