All posts in Broken Tree Coffee 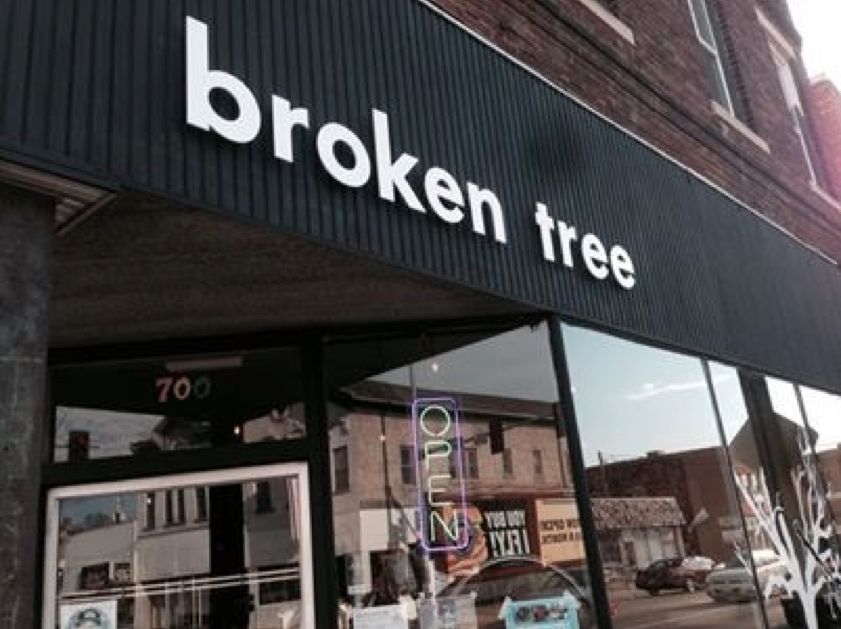 The corner of Main and Sheridan was home to Running Central for over 30 years before Broken Tree Coffee opened in the summer of 2012 as a retail outlet for the local coffee roaster. The shop offered freshly brewed coffee and tea, espresso drinks and coffee beans for the first year of operation.

Broken Tree had brown paper covered windows for a few weeks this winter while they built out a new kitchen to house their stacked pair of vintage 1970’s stone deck pizza ovens. They have since re-opened and are serving made from scratch New York style pies, staying open later and offering a selection of beer, wine and mixed drinks. More food options are in the works with plans to add soups, salads, sandwiches, breakfast items and desserts. Everything on the menu is made from scratch, and some items will feature seasonal local produce.

The owners of Broken Tree Coffee live in the Cottage District neighborhood just a couple of blocks from the shop. They have three young children: two girls age four and six, and a one-year-old boy. Jeremiah and Carrie Schmillen lived in the neighborhood for over ten years before starting the Main Street business and are happy to be taking part in the rejuvenation of the area.