All posts in March Newsletter 2016 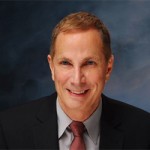 Significant safety issues for Whittier Elementary School students and residents have been reported to me, and I have asked Deputy Director of Public Works Scott Reeise to address them. We explored them at a recent MBRA meeting. I wish to thank City Manager Patrick Urich for immediately talking to the Principal of Whittier School after I brought these concerns to his attention.  When you read this, we will already have conducted a colloquium with Cottage District residents to consider appropriate traffic calming measures for this great neighborhood.

I recently met with the newly appointed President of Bradley University and assured him that a strong town/ gown relationship remains a priority of ours. He indicated that continued emphasis on public safety was very important to Bradley University and its personnel and that they would be continuing to review potential public safety emergencies, which might require a coordinated response from both the BU and Peoria Police Departments. I

have received overwhelming and highly positive response from all of you about the four electronic sign boards installed on Moss Avenue. Soon, additional speedtable work and handicap accessibility work will be done east ofMacArthur Highway along Moss Avenue.  In addition, work on Sheridan Road in general (and its bridge at Richmond) will soon commence as we complete University Street from Forrest Hill to War Drive.

Exciting business development initiatives are in the offing and additional announcements will be forthcoming for West Main Street as well.

Moss / Bradley is a great neighborhood and its engaged residents have made it so. I know Beth, Sid, and I are proud to serve you. Having two At-Large Councilors so eager to help us is huge. Our City Staff continues to provide topnotch service for a district Second to None! Also, kudos to Andrew Rand and Advanced Medical Transport for their many contributions to our Community. AMT was honored for its involvement at the State of the City Address delivered by Mayor Jim Ardis. AMT is a great Second District and City of Peoria business and made a critical decision to expand their operation in District Two a couple of years ago. Kudos need to go to Deb Dougherty, our newest member of the Historic Preservation Commission. Thank you Brian Gruber for your presentation and work on the Peoria Promise program which helps so many of our students. Best wishes for an early Springtime of renewal and hope.

Mark your calendars for the 36th annual Moss Avenue Sale & Festival on Saturday, June 11, 2o16.  The funds we raise from this sale help us to beautify our neighborhood, decorate the lamp posts with holiday greens, support causes that affect our quality of life, and many other issues that arise throughout the year. Participant applications will be sent out in late March

March 1, 2016 / Comments Off on Meet Your Neighbors! Deb and Tom Dougherty / Posted in: March Newsletter 2016, Meet Our Neighbors 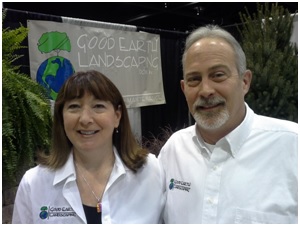 Deb and Tom Dougherty had just finished remodeling and rehabbing an 1894 farm house in, Princeville, when Tom came home one day and said, “My favorite house on Moss Avenue is for sale. Let’s go take a look.”  Deb was feeling the winter ice and isolation in Princeville where they were 45 minutes away from everything and had recently struggled to free their automobile from a monstrous snow bank.  “OK,” she said, “let’s go look.”

Now, three years later, they and Beamish, their Golden Retriever, are happily part of the Moss-Bradley neighborhood in a 126 year old home on Moss Avenue.    For Tom, it’s a return to the family stomping grounds.  His grandfather and father before him grew up here.  As a boy, Tom lived on Cooper Street near the Bradley campus.  Like his father, he attended St. Mark’s Grade School.  He then went on to Spalding, and the University of Illinois. As an adult he rehabbed and lived in a house on Sherman Avenue.   Deb says they feel a friendly connectedness and very much at home on Moss Avenue.

Deb’s grew up in the Chicago suburb of Highland Park, graduated from U of I at Springfield and ISU. She has been a teacher for 25 years, and has been teaching History and Political Science at Illinois Central College for 18 years. Tom has had a long career in landscaping, beginning at the age of 16 working for Tie City on Farmington Road and is now the owner his own company, Good Earth Landscaping. In fact, he and Deb met 10 years ago this Spring at the Home Show in Peoria where she had gone with a friend to get ideas for the yard of her home in Washington.   She says that Tom came to her home offering “mulch samples” though in reality he only had available one color of mulch.

Both Tom and Deb are active in the community with a special interest in history.   Deb is currently President of the Peoria Historical Society, on the boards of Moss Bradley Residential Association and the Riverfront Museum, and a member of the Peoria Historical Preservation Commission.  Tom is Vice President of the Moss-Bradley Revolving Fund, on the board of Keep Peoria Beautiful, volunteers as a Rotary Club member in a reading program at Trewyn School, and is Commodore of the Wharf Harbor Boat Club.

For the past six years, the Boat Club has become a special part of the Dougherty’s lives. Their love of history prompted the name of their boat, “Whiskey River” in honor of Peoria’s part in the brewing and liquor industries.  Beamish (named after another industry product) joins them in his own life jacket as they set aside time to spend on the river with the many friends they’ve made through their boating hobby.

The Dougherty’s look forward to many busy and happy years in their Moss-Bradley home.  Of the seemingly endless stream of maintenance and preservation activities necessary in an older home, Tom says, “We’re comfortable in steadily setting priorities and working toward our goals.” 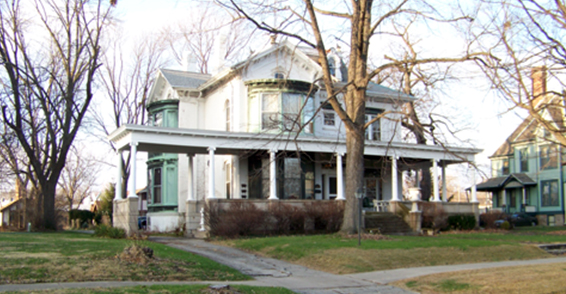 LONDON, Nov. 19 — Mrs. Sumner Clarke of Peoria, Ill. And Colonel J.J. Harrison, the explorer and discoverer of pygmies in Congo, were married at St. George’s in Hanover Square today. The bride was given away by William N. MacMlllan.

The above notice appeared in newspapers all across America.  The Chicago Tribune and the Wichita Daily Eagle even devoted an entire page to the event.

Last month I wrote about Sumner Clarke being widowed when his died in 1877.  In 1888, he married Mary Stetson, a native of Farmington, Ill., but then living in Iowa.  At the time of the marriage, Clarke was 41 and Mary was two weeks shy of her 22nd birthday.  During her marriage to Clarke, she was one of the leaders in the city’s social affairs.  Mary enjoyed traveling and as time went by, she spent considerable time in France and England, where she made many friends.

According to newspaper accounts, when Sumner Clarke died in 1907 he left Mary $1,000,000.  That is about $25,000,000 in today’s dollars.  Mary spent even more time traveling, touring Europe, India and Africa.  In 1909, while wintering at the ranch of her friends, the MacMillian’s, in Africa, she met Col. J. J. Harrison of Brandesburton Hall, York, a retired English army officer, explorer and big game hunter.  Harrison was also a guest at the ranch.  A relationship developed and they were engaged in September of 1910 and married on November 19, 1910.

Mary left Peoria and started a new life in the English countryside.  Following Co. Harrison’s death in the 1920’s, Mary returned to the United States in 1930, settling in Pasadena, California, where she died in 1932.

Was this a story of true love and romance, or of another American fortune subsidizing a depleted English bank account?  Who knows…

A ‘Perfect Storm’ of Volunteers

The beginning of 2015-16 holiday season brought an early snow storm as well as a “perfect storm” of neighbors and Pi Kappa Alpha brothers willing to brave the elements to hang nearly 200 garlands throughout our neighborhood! Unfortunately, the ‘un-hanging’ project also coincided with bad weather. It seems as though the Greens Team cannot be fazed by snow, ice, or rain! Please join me in thanking the following people who made another holiday season bright for all of us:

The prep-teams (critical to an efficient ‘hanging’ day):

Remember that a portion of the revenue from the annual Moss Avenue Sale is used to purchase and dispose of the holiday greens, so an additional thank you goes to the many neighbors who generously allow vendors to use their yards during the sale.

THANK YOU to all of those who participated with the GREENS TEAM this year!