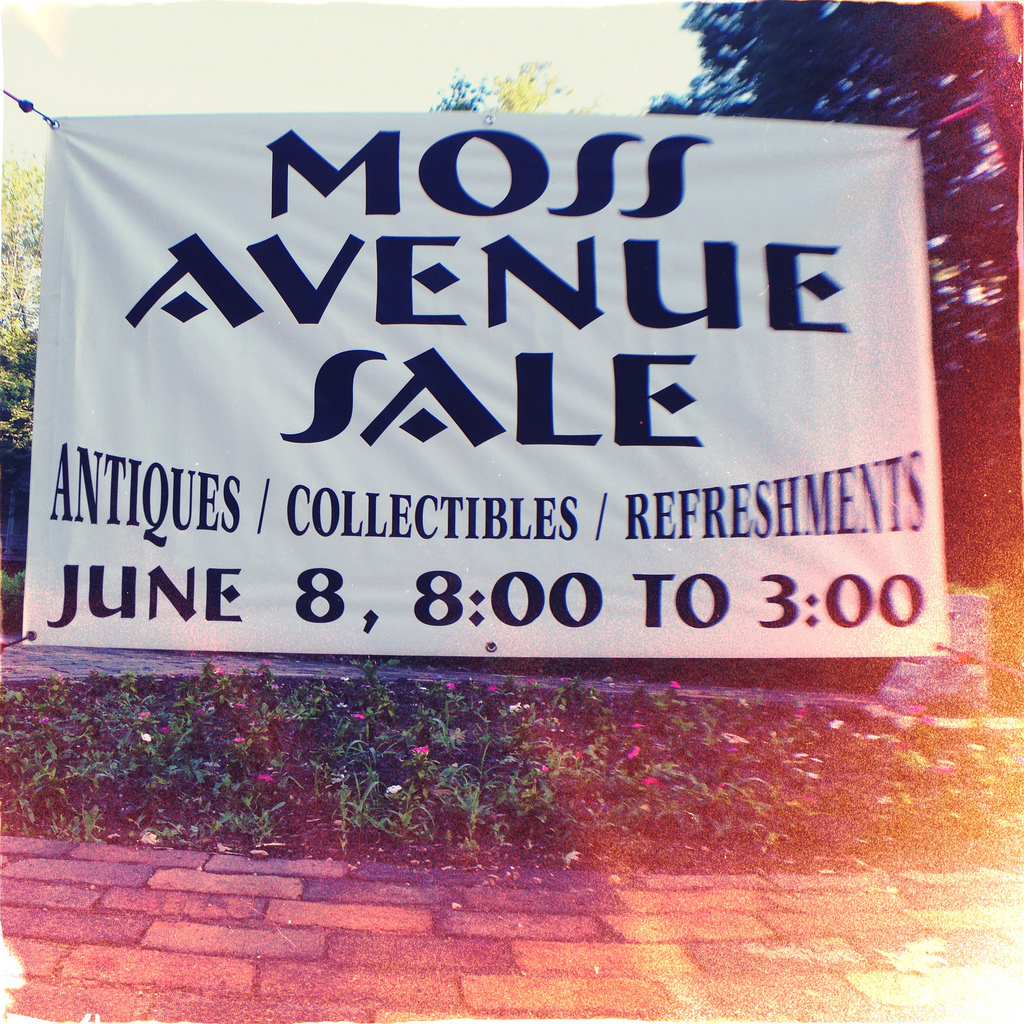 As you wandered the street during the Moss Avenue Sale (waaaaaay back in June!), you may have stopped to enjoy the music of a few groups who graciously agreed to play for the enjoyment of all of our guests. The Sale Committee would like to recognize and thank the following groups who made the day especially enjoyable!

Sidetracked, a seven-member band that specializes in a “smooth mix of jazz, pop, and soul” entertained the crowd for their second year at the sale. Passersby and vendors alike thoroughly enjoyed the talents of this lively and popular group. Their members include John Jenkel: keyboard and vocals; Stacie Bertram: vocals; Debi Redington:  vocals; Paul Conner: guitar; Rob Bertram: bass; Dan Diefendorf: drums; Doug Steward: saxophone. On sale day, Sidetracked played in the yard of Ed Tarbuck and Joanne Bannon. The band regularly performs at Jimmy’s Bar, The Fieldhouse, The Black Rabbit, and other local venues. Their versatile sound appeals to audiences of many ages. Following the 2012 sale, Sidetracked was hired by MBRA neighbors to play for family wedding events. You can find them on facebook, or at SidetrackedPeoria.com.

Also in their second year providing music during the sale were MBRA neighbors Roman and Karla Wegrzyn. Many of you may know Roman from his successful piano tuning skills and the tuning business he ran for many years. Karla is a ‘radio-personality’ whose voice you might recognize from radio broadcasts and commercial voice-overs. While separately they are both terrific, having them together in musical form is simply magical. With Roman’s skills on the keyboard and Karla’s soft, jazzy vocals, this pair added a very special touch to the day!

A terrific new addition to the music line-up this year was a group of young men who met each other on their first day of orientation as new employees at Caterpillar, hence their name New Cats on the Block. The group loves playing outdoor events and specializes in bluegrass (traditional as well as popular), bluegrass variations on other popular music, and a nice selection of their own tunes. New Cats talent includes Jordan Blimbaum: banjo and vocals; Michael Adashek: mandolin and vocals; Chris Skierski: guitar and vocals; and Evan Stumpges: bass and vocals. This group delighted the crowds with toe-tapping music and a hometown touch! Look no further than facebook for more info about New Cats on the Block.

Many thanks to these groups who very generously play without compensation for our big event! We hope you will consider them when looking for live music for a family or business event. Thanks also to our neighbors Tom and Deb Dougherty for hosting and providing electricity and extension cords to New Cats as well as Roman and Karla!